Mysteries Solved and Mysteries to Read

As promised, below you can read the facts surrounding last week’s little mystery photos. 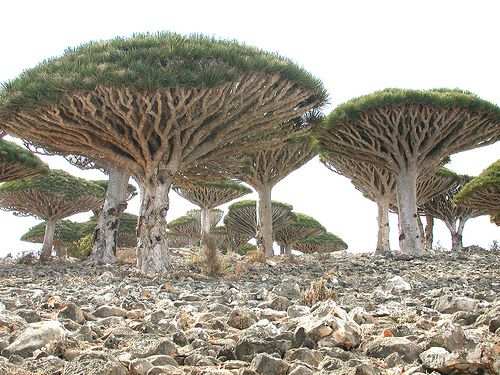 Socotra (also called Suqutra orSoqotra) is an archipelago of four islands in the Indian Ocean off the horn of Africa. Among the four islands, Socotra is the largest, occupying 95% of the land mass of the archipelago. Why is this island so mysterious? Because, if you set foot here, it may easily remind you of an alien planet from a science fiction movie. One third of the flora and fauna you find here are unique to this island and found nowhere else in the world, such as the umbrella-shaped “blood tree” and certain types of birds as well as cats. 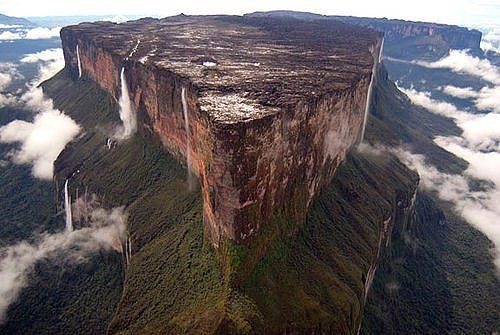 It does, in a way, but this landform is real.

The mountain lies on the border of three countries viz. Brazil, Guyana and Venezuela. One thing that makes this mountain strange is its shape. What makes it weirder are the clouds and the fauna around the mountain peak. The peak of the mountain is considered as one of the oldest geological formations in the world. The plateau is believed to be formed by water and winds. But there is no explanation for why some of these species cannot be found anywhere else in the world. 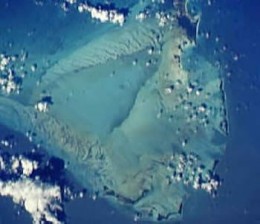 I admit my initial ideas here were off. I imagine that you knew what this image was all about.

Bermuda Triangle (North Atlantic Ocean)As anyone would have guessed, Bermuda

Triangle is one of the most mysterious places on earth. Everyone has heard about the Bermuda Triangle and the mysterious disappearances that occur here. Also called the Devil’s Triangle, the triangle covers Straits of Florida, Bahamas and the Caribbean islands. Anything that enters this area such as an aircraft or ship is known to mysteriously disappear here. There are numerous theories that try to explain these strange disappearances, ranging from earth’s magnetic field to alien activity. Every time, there is a solid explanation about these disappearances, there will be a new theory that negates the explanation. There is no one theory till date that convinces anyone as to why these mysterious disappearances occur.

Thanks for stopping by,